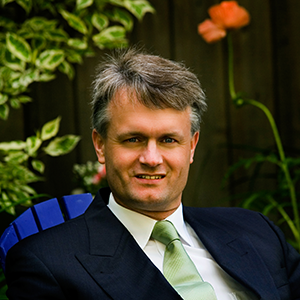 Professor Cluett served the Faculty of Applied Science & Engineering as Chair, First Year from 1997 to 2003; Vice-Dean from 1998 to 2001; Vice-Dean, Undergraduate from 2001 to 2003; and Chair, Division of Engineering Science from 2005 to 2011. Through these academic leadership positions, he has made many teaching and learning contributions within the curriculum and in an outreach capacity and to professional engineering practice. On the curriculum side, he led the development, adoption, and implementation of the Faculty’s flagship first-year design and communications course, Engineering Strategies and Practice (ESP). He also led the development of the innovative Engineering Science Major in Mathematics, Statistics, and Finance. He oversaw a significant expansion of summer research opportunities for undergraduate students both across Canada and abroad, which contributed to the Division of Engineering Science winning the University’s Northrop Frye Award for the Integration of Teaching and Research. In terms of outreach, he led the development and launching of the Faculty’s acclaimed Da Vinci Engineering Enrichment Program (DEEP), and in terms of professional practice, he guided the Division of Engineering Science through a challenging accreditation period and led changes to both the curriculum and its delivery to put it on a solid foundation for years to come.

In terms of his own teaching achievements in the classroom, Professor Cluett has been using active learning and computer-based simulation in his classroom for decades. He created and teaches a first-year Engineering Mathematics and Computation course that uniquely integrates theory and computation while making meaningful connections with courses being taken by his students in the same semester. He has received the Department of Chemical Engineering & Applied Chemistry’s Bill Burgess Teacher of the Year Award for Large Classes in recognition of his outstanding instruction in his home department and the Faculty of Applied Science & Engineering’s Sustained Excellence in Teaching Award, recognizing a faculty member who has demonstrated excellence in teaching over the course of at least 15 years. He is a Fellow of the Chemical Institute of Canada and a Fellow of the American Association for the Advancement of Science.