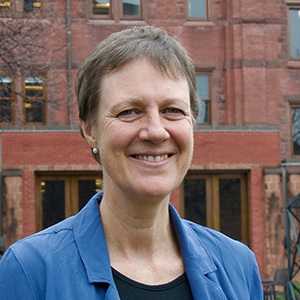 Professor Tania Li obtained her BA in 1981 and her PhD in Social Anthropology in 1987 from Cambridge University. She began her academic career at Dalhousie University with the prestigious SSHRC postdoctoral Canada Research Fellowship from 1989 to 1992, followed by a tenured faculty appointment. In 2004, she moved to the Anthropology Department at the University of Toronto as a Tier One Canada Research Chair in the Political Economy and Culture of Asia.

Professor Li’s doctoral research, conducted in Singapore, focuses on urban cultural politics, and the experience of the minority Malay/Muslim community in a largely Chinese state. Her first book, Malays in Singapore: Culture, Economy, and Ideology won a National Book Council Award and has an enduring place in university curricula in Singapore and Malaysia. Since 1990, her research has supported new ways of exploring how Indonesia’s indigenous highland communities made their living and had an impact on negotiated relations with the government and market traders. Professor Li has visited this highland area for over 20 years, tracking the emergence of private property in land and the far-reaching social and cultural transformations that have followed. Her work culminated in another publication, Land’s End: Capitalist Relations on an Indigenous Frontier, which won both the American Ethnological Society’s Senior Book Award and the Association for Asian Studies’ George McTurnan Kahin Prize for distinguished scholarly work on Southeast Asia. Alongside this ethnographic project, Professor Li has convened a stellar team of scholars to engage in a comparative analysis of the Indonesian uplands.

Professor Li’s most significant book, The Will to Improve: Governmentality, Development, and the Practice of Politics has become a foundational work in the field of development studies. Translated into Indonesian, French, and Chinese, it is taught in universities worldwide. Professor Li has also published articles in top journals spanning anthropology, geography, and Asian studies. Eight of her articles have become field-defining papers, and her work has been included in edited volumes that have been translated into Indonesian, French, Italian, Spanish, and Chinese.

The growing prominence of Professor Li’s work was recognized in her appointment as Tier One Canada Research Chair and her election as a Fellow of the Royal Society of Canada. She frequently gives keynote lectures at major international conferences and has given prominent named lectures such as the Clifford Geertz Memorial lecture at Princeton, the Monroe lecture at the University of Edinburgh, the Wertheim lecture at Amsterdam, the Development and Change lecture at Oxford, and the Geoforum Lecture in Boston. She has also held visiting appointments and fellowships in the UK, France, the Netherlands, Peru, Australia, Singapore, Indonesia, China, and the USA.

Beyond academia, Professor Li is often invited to speak to development practitioners, state officials, and activists in land and indigenous rights, environmental, and social justice organizations in Indonesia and beyond. In 2016, she gave an invited presentation at the European Parliament on the social impacts of oil palm plantations, and she has consulted with Amnesty International, the World Rainforest Alliance, and other human rights and labour organizations seeking research-based input for their advocacy campaigns. Professor Li gave a public lecture at Indonesia’s land-administration university; and she has prepared and delivered a three-day training workshop for land rights activists in collaboration with the Free Land Foundation, a local research and advocacy organization.