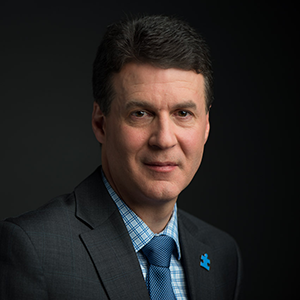 Professor Stephen Scherer began his scientific career at an early age with an honours BSc degree at the University of Waterloo. Subsequently, he pursued an MSc and then a PhD in Molecular Genetics at the University of Toronto. During his studies he co-founded Canada’s first human genome centre, The Centre for Applied Genomics, and following his graduation assumed the role of Scientist at The Hospital for Sick Children. Professor Scherer has worked to establish other sequencing centres at the University of British Columbia and McGill as well, which collectively comprise Canada’s Genomic Enterprise Network, and has received $100 million in funding from the Canada Foundation of Innovation.

Professor Scherer is one of Canada’s leading scientists whose research has revolutionized the understanding of the human genome. He is internationally known for contributions to decoding the sequence of human chromosome 7, including the identification of numerous disease-causing genes, most notably those involved in Autism Spectrum Disorder (ASD). His dedicated focus on researching ASD is completely changing the field by establishing this behaviorally defined condition as having a biological basis and facilitating earlier diagnosis, better medical management, and novel approaches to treatment. His group also co-discovered the phenomena of genome-wide copy number variation (CNV) as a common type of variation in the human genome contributing to a ground-breaking insight into disease mechanisms and evolution. His research is changing how genomics impacts health care, as perhaps best exemplified through his Database of Genomic Variants, the world’s first and most utilized CNV database, which facilitates thousands of clinical diagnoses around the world every day.

Professor Scherer is a highly prolific scientist, and his research has led to some of the most highly cited scientific papers spanning the past three decades. He is the recipient of numerous honours such as honorary degrees from the University of Windsor, University of Waterloo, and Western University. He is also the recipient of a Howard Hughes Medical Institute Scholarship, the Steacie Prize in the Natural Sciences, and the Premier’s Summit Award for Biomedical Research. Professor Scherer is also a Fellow of the American Association for the Advancement of Science and the Royal Society of Canada. And, in 2017, he became an Honorary Affiliate of the Canadian College of Medical Geneticists. His discoveries and ideas have been featured in the Globe and Mail, New York Times, CNN, and he regularly appears on the CBC and other national TV, radio, and Internet outlets to explain scientific breakthroughs.

Currently, Professor Scherer holds the GlaxoSmithKline-Canadian Institutes of Health Research Pathfinder Chair in Genome Sciences at SickKids and the University of Toronto. He is a Professor of Medicine and in 2010, was appointed Director of the McLaughlin Centre, a $50M initiative with the mandate of advancing genomic medicine through research and education across the University of Toronto and its affiliated hospitals.