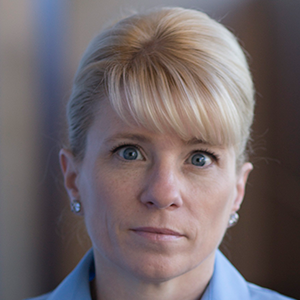 Professor Shana Kelley earned a BA in Chemistry from Seton Hall University in 1994 and a PhD in Chemistry from the California Institute of Technology in 1999. After completing her doctorate, Professor Kelley was a NIH Postdoctoral Fellow at the Scripps Research Institute from 1999 to 2000, and became an Assistant Professor in the Chemistry Department at Boston College in 2000. In 2006, she was promoted directly to the rank of Full Professor and in 2007, she joined the Leslie Dan Faculty of Pharmacy.

Professor Kelley has invented, investigated, and translated into practice nanotechnologies for the elucidation of disease biology. Specifically, she has developed and applied biomolecular sensors for new clinical diagnostic approaches. Professor Kelley’s research advances have accelerated the delivery of diagnostic test results, allowing for molecular-level testing to inform day-to-day decisions made by clinical practitioners. By developing highly sensitive and specific biomolecular sensors that can be used within highly automated testing systems, Professor Kelley has provided new diagnostic approaches that contribute to limiting the spread of infectious disease, promoting more responsible use of antibiotics, and producing better patient outcomes.

Professor Kelley has been recognized with a variety of awards as a faculty member, including a National Science Foundation CAREER award, a Sloan Research Fellowship, a Dreyfus New Faculty award, and was named a “Top 100 Innovator” by the MIT Technology Review. After moving to Canada, Professor Kelley received a number of additional distinctions including being named one of Canada’s “Top 40 under 40” as well as receiving the Steacie Prize for her innovative research in the development of nanostructured biomolecular sensors. The Steacie Prize is awarded to a single Canadian scientist or engineer under 40 each year who has made significant contributions to research.

In 2016, Kelley become a Fellow of the Canadian Academy of Health Sciences and the American Institute of Biological and Medical Engineers, two highly prestigious recognitions for her contributions to the development of new clinical diagnostics. Professor Kelley also received the NSERC Brockhouse Prize, which recognizes outstanding interdisciplinary research. And, most recently in 2017, Professor Kelley was awarded the Inorganic Nanoscience Award by the American Chemical Society in recognition of the significant impact she has had on nanoscience.

Professor Kelley has translated new technologies that have resulted from her work into commercial and clinical practice. She is the co-founder of two molecular diagnostics companies. The first, GeneOhm Sciences, produced one of the world’s first products for detecting antibiotic resistant bacteria. Her company was acquired by Becton Dickinson in 2006 — a multinational global leader in the diagnostics sector. Professor Kelley’s second company, Xagenic, is based in Toronto and currently has 60 employees. The company has raised more than $50 million in venture capital from investors in Canada, the US, and Europe. Xagenic is developing a new system to enable infectious disease testing to be performed in physicians’ offices, with a commercial launch planned for 2018.