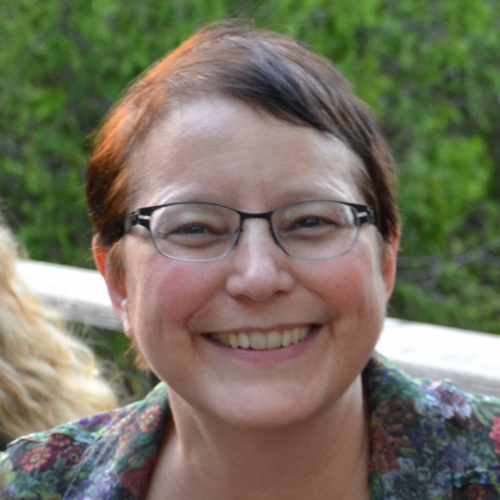 Professor Marie-Josée Fortin earned her BSc in Biological Sciences (1983) as well as her MSc in Numerical Ecology (1986) from the Université de Montréal, and her PhD in Ecology & Evolution (1992) from Stony Brook University. Professor Fortin is a fellow of the Royal Society of Canada, and currently holds a Tier 1 Canada Research Chair in Spatial Ecology (2016-2023) in the Department of Ecology and Evolutionary Biology.

Professor Fortin is recognized internationally as a leader in spatial ecology (i.e., the discipline that focuses on the study and modeling of the direct and indirect roles of space on ecological processes, biodiversity, and ecosystem services). She has devoted her career to the development of novel spatial statistics, quantitative methods, and spatially explicit simulation models in quantitative ecology to predict species dispersal in fragmented landscapes for conservation of biodiversity. Her research has unified spatial analysis, ecological theory, and statistical network frameworks to model species spatial interactions to propose novel ways to maintain species persistence given climate change and land use change. Her work has been crucial for informed decision-making regarding the protection (e.g., networks of marine protected areas) and maintenance of global biodiversity and ecosystem services, as well as for human health.

Professor Fortin pioneered the field of ‘spatial analysis of ecology’ as acclaimed by her seminal paper entitled “Spatial Pattern and Ecological Analysis” that stemmed from her MSc research (Legendre and Fortin 1989; selected as a classic in Foundation Papers in Landscape Ecology; Wiens et al. (eds.) 2006, Columbia University Press). She authored the acclaimed monograph: Spatial Analysis: A Guide for Ecologists (Cambridge University Press, 2005, 2014). The first edition of her book (Fortin and Dale 2005) was translated into several languages, including Mandarin in 2014 (Higher Education Press-Beijing). She also co-authored a new textbook: Fletcher R, M-J Fortin. Spatial Ecology and Conservation: Concepts and Modeling with R., Springer International Publishing.

Professor Fortin has held international leadership positions in the field, including Associate Scientific Director from 2001 to 2002 of the GEOIDE Network (GEOmatics for Informed DEcisions) funded by the Networks of Centres of Excellence, the Environment and Marine Thrust Leader from 1998 to 2003, and Summer School Director from 2002 to 2005. She also served on the Scientific Advisory Group for Woodland Caribou Critical Habitat, Environment Canada (2007-2008). In 2018, she was the local host and co-chair of the North American Congress for Conservation Biology (NACCB) (July 21 to 26, 2018, Toronto) entitled “Conservation Science, Policy, & Practice: Connecting the Urban to the Wild.” She is currently a Co-PI of an NSERC CREATE Enviro that provides advanced training in state-of-the-art environmental research and technologies (2015-2020). She is also a leader for two ongoing NSERC Strategic Networks: Lake Pulse (2016-2020) and ResNet (2019-2024).

Professor Fortin’s international leadership in the field of spatial ecology has consistently been recognized through a series of prestigious awards. Early on in her career, she received the Ontario Premier’s Research Excellence Award (2002-2007). In 2013, she received the Distinguished Landscape Ecologist Award from the International Association for Landscape Ecology-North America. In 2014, she was a Thomson Reuters’ Highly Cited Researcher in Ecology/Environment. From 2012 to 2015, Professor Fortin was awarded a Distinguished Visiting Professorship Fellowship with Science without Borders (CNPq) at the Instituto Nacional de Pesquisas da Amazônia (INPA; Manaus, Brazil). In 2015, she was awarded the Outstanding Scientific Achievements award from the International Association for Landscape Ecology. In 2017, she was the Distinguished Visiting Professor Fellow at the Swiss Federal Institute for Forest, Snow & Landscape Research (Zurich, Switzerland). And in 2019, she was awarded the Canadian Society for Ecology and Evolution President’s Award.