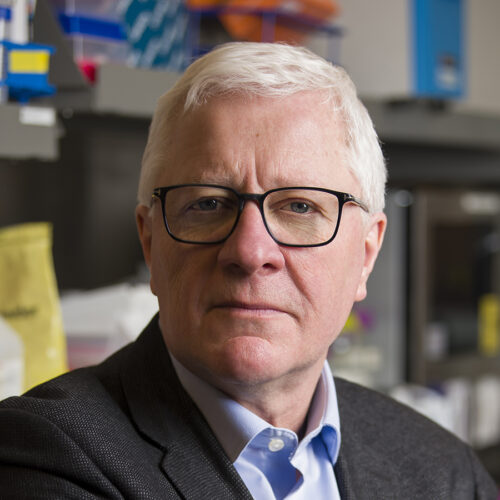 Over the course of his prolific career, Dr. Dick has published more than 235 peer-reviewed articles, which have garnered more than 44,795 citations (Scopus, March 2022). His h-index of 91 is a strong indication of the quality of his work and the impact that his scientific contributions have had on the field. He is a world-renowned pioneer in the field of cancer stem cell biology. His groundbreaking findings in hematopoiesis and cancer have been published in high-impact journals including Nature, Science, and Cell Stem Cell. He has delivered more than 40 Distinguished Lectures and over 525 presentations at venues worldwide, including Gordon Research Conferences, Keystone Symposia, Princess Takamatsu Cancer Research Conferences, the Gairdner Foundation Symposium and the Nobel Symposium.

For more than 30 years, Dr. Dick has been making discoveries that have revolutionized our understanding of normal and leukemic hematopoiesis. He is credited for developing a system for transplanting human hematopoietic cells from adult bone marrow into immune-deficient mice, which has become the widely used ‘xenograft assay’. He later used this assay to discover a rare population of cancer stem cells responsible for the initiation and maintenance of acute myeloid leukemia and colon cancer. His work also revealed new classes of human hematopoietic stem and progenitor cells and redefined the roadmap of normal hematopoiesis in humans.

His notable achievements have been recognized through 29 prestigious distinctions at the national and international level, including the Robert L. Noble Prize for Excellence in Cancer Research from the National Cancer Institute of Canada (2000); the William Dameshek Prize (2005) and the E. Donnall Thomas Prize (2009) from the American Society of Hematology; the Diamond Jubilee Award (2007) (with Drs. J.E. Till & E.A. McCulloch) from the National Cancer Institute of Canada; the Clowes Memorial Award from American Association for Cancer Research (2008); the International KFJ Prize (2017) from Rigshospitalet, University of Copenhagen; the Gold Leaf Prize for Discovery (2017) from the Canadian Institutes of Health Research; the Tobias (2017) and Innovation (2019) Awards from the International Society for Stem Cell Research, USA; the KEIO Medical Science Prize from KEIO University, Tokyo, Japan (2017); the Dr. Chew Wei Memorial Prize in Cancer Research from the University of British Columbia (2019); and the Pezcoller Foundation-AACR International Award for Extraordinary Achievement in Cancer Research (2020). He was also elected as a Fellow of the Royal Society of Canada (2004); a Fellow of the Royal Society of London, UK (2014); Fellow of the American Association for Cancer Research Academy (2016); International Member of the National Academy of Medicine (2020); the Inaugural AACR Award for Outstanding Achievement in Blood Cancer Research; and the Gairdner International Award from the Gairdner Foundation (2022).

As these contributions demonstrate, Dr. Dick is a well-established pioneer of cancer stem cell biology, through which he has transformed our views of the origin and nature of cancer and laid the foundation for new approaches to cancer therapy.