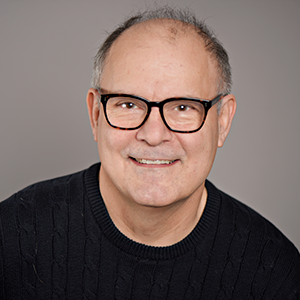 Professor Stephan’s research is focused on making new molecules and studying their use as catalysts for the preparation of desirable compounds and materials. In the 1990s, Professor Stephan’s research developed the fundamental chemistry that led to the discovery of a new class of highly active titanium catalysts for the production of plastic (polyethylene). This prompted a collaborative commercialization with NOVA Chemicals Corporation, who ultimately implemented Professor Stephan’s catalysts at the world’s largest solution polymerization plant in Joefre, Alberta. This makes Stephan one of a very few scientists worldwide to have achieved the large-scale commercialization of a fundamental discovery.

Professor Stephan is also internationally recognized for articulating a concept known as frustrated Lewis pairs (FLP). As the founder of the field of FLP chemistry, Professor Stephan initiated the use of metal-free catalysts for the performance of a broad range of chemical reactions. This work has changed a number of fundamental notions in chemistry and contravened many long-held dogmas in catalysis. FLPs have found a wide range of applications in organic, materials, and radical chemistry as well as in the fields of microfluidics, heterogeneous catalysis, surface science, and bio-inorganic and enzymatic chemistry. Professor Stephan’s research has changed the way scientists think about catalysis, and has had a profound impact on commercial processes.

Professor Stephan’s work has also had an impact on research groups around the world who have adopted FLPs for new chemistry. He has received a number of national and international recognitions for his work including the Ludwig Mond Award from the Royal Society of Chemistry, the Ciapetta Lectureship Award from the North American Catalysis Society, and the Canadian Green Chemistry and Engineering Award. Most notably, Professor Stephan was elected as Fellow of both the Royal Society of Canada and the Royal Society in London, as well as a Corresponding Member of North-Rhein-Westfaelia Academy of the Sciences and Arts in Germany. He is currently an Einstein Visiting Fellow at the Technical University of Berlin and is one of only four Canadian chemists on the Thomson Reuters Highly Cited List.