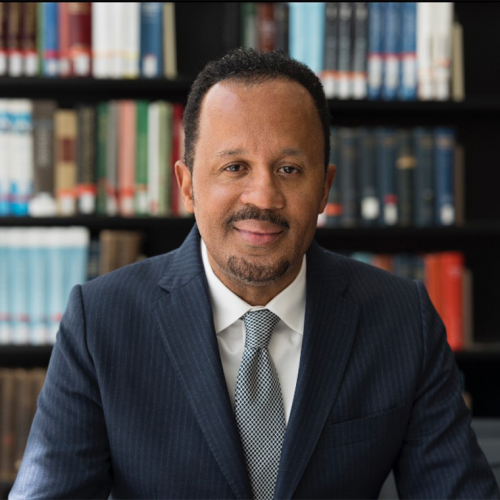 Professor Voisin has served as Dean of the Factor-Inwentash Faculty of Social Work since 2019. He holds the Sandra Rotman Chair in Social Work. Prior to his appointment at the University of Toronto, he was Professor at the School of Social Service Administration at the University of Chicago for two decades where he was a Faculty Affiliate at the Center for the Study of Race, Culture, and Politics and the Center for Health and the Social Sciences. He was also the Director of the STI/HIV Intervention Network (SHINE) and Co-Director of the Chicago Center for HIV Elimination (CCHE).

A central focus of Voisin’s scholarship is examining the impact of structural, neighborhood and police violence on the life chances and behavioral trajectories of urban youth and the protective factors that protect youth in the presence of such adversities. His research demonstrates that the problems of structural and neighborhood violence exposure are correlated with youth mental health problems, school failure, negative peer networks, and high rates of HIV-related risk behaviors. His latest project is a book entitled America the Beautiful and Violent: Black Youth and Neighborhood Trauma in Chicago, was published by Columbia University Press in August 2019.

He is noted as one of the most influential and cited Black scholars in top tier schools of social work in North America. He has published more than 145-peer reviewed publications and secured more than 10 million dollars in research funding. He is recognized as one of the most cited and influential African American scholars in top ranked schools of social work in the United States.