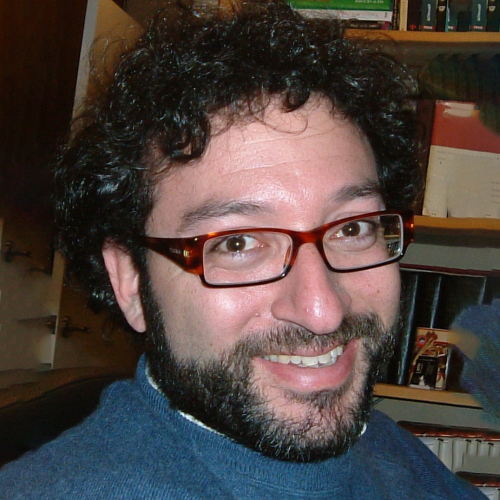 Professor Aephraim Steinberg currently serves as Director of the Quantum Information Science program at the Canadian Institute for Advanced Research. He has been working on the foundations of quantum mechanics (experimental quantum optics and ultracold atoms) for over 30 years. After obtaining his B.Sc. at Yale University in 1988, he spent a year working with future Nobel laureate Serge Haroche at the École Normale Supérieure before moving to Berkeley to do graduate work with Ray Chiao. Completed in 1994, Steinberg’s thesis would become famous for experimentally showing that a single photon could tunnel across a quantum barrier seemingly “faster than light,” and he was awarded the American Physical Society’s 1996 prize for best doctoral thesis in atomic, molecular, or optical physics.

Professor Steinberg has since pioneered multiple applications of entangled photons and developed novel theoretical approaches to understand quantum tunneling times (the principal experimental paper from his thesis has been cited over 1,000 times, and his main, sole-authored, theory result over 300 times). Following completion of his doctorate, Professor Steinberg held two post-doctoral positions, one with Elisabeth Giacobino and Claude Fabre at the Université de Paris VI and one with Bill Phillips, another future Nobel laureate, at the National Institute of Standards and Technology. These posts allowed him to expand his research portfolio to include laser-cooled atoms as well as entangled photons. In 1996, Professor Steinberg joined the University of Toronto and subsequently won several awards, including a Polanyi Prize in 1997, a Premier’s Research Excellence Award in 1999, the CAP Herzberg Medal in 2006, the Rutherford Medal of the Royal Society of Canada in 2006, and a McLean and Steacie fellowship in 2007. Professor Steinberg has been a visiting professor at the Universität Wien, the Collège de France, the University of Queensland, Sapienza Università di Roma, and Hokkaido University; and has delivered numerous invited lectures and keynotes at around the world.

Professor Steinberg’s research group is known for their accomplishments using both entangled photons and ultracold atoms to study foundational quantum physics, quantum metrology, and quantum computation. Their 2001 Nature paper on generating multi-photon entangled states for interferometry helped usher in a new wave of excitement over quantum metrology. Professor Steinberg has been at the heart of the international community studying novel paradigms of quantum measurement relevant to post-selected systems, along with their applications to precision measurement. His group’s work on quantum information and related topics has been recognized with numerous accolades, including a 2011 Science paper on measuring the trajectories of single photons, which was listed as Physics World’s top breakthrough of the year. Additionally, their 2014 paper in Physical Review Letter on quantum data compression made Physics World’s top-ten list for the year. Most recently, Professor Steinberg has returned to the question of tunneling times, using atoms at some of the coldest temperatures ever achieved (below one-billionth of a degree above absolute zero) to directly measure how much time particles spend within classically “forbidden” regions of space. His first results on this were published in Nature, and were chosen as one of Physics World’s top-five “Quantum Highlights” for 2020. His work has excited great public interest and has been featured in an episode of Morgan Freeman’s “Through The Wormhole” as well as in a documentary about David Bohm.