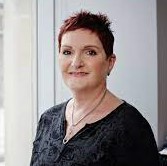 Professor Johnston’s research interests include understanding the long-term physical, social, and emotional outcomes for babies and families experiencing surgery in the neonatal period. She is the founder and chair of the Australian Collaboration of Neonatal Nurse Researchers, was a Fellow to the European Academy of Nursing Science, and was Editor of the Neonatal, Paediatric and Child Health Nursing Journal.

Professor Johnston received her PhD and BS from the University of Sydney. She completed her undergraduate nursing education in the United States and has worked in neonatal intensive care in the U.S., Australia, and the Middle East.