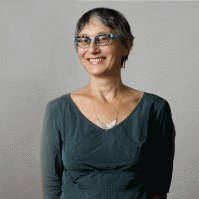 Professor Amrita Danière agreed to resume the role of Vice-Principal (Academic) & Dean, University of Toronto Mississauga beginning July 2022 for a one-year term. In addition to her previous role as Dean, Professor Danière has served UTM as Acting Vice-President & Principal; as Vice Dean, Graduate; and as Chair of the Department of Geography, Geomatics and Environment. She has served as Graduate Chair of U of T’s tri-campus Department of Geography and as Co-Director of the International Partnership for Sustainable Societies IDRC/SSHRC funded project on Building Urban Climate Change in Southeast Asia, which was based at the Asian Institute within the Munk School of Global Affairs.

Professor Danière’s award-winning research explores the relationship between social capital, urban governance, and civic spaces in Asian cities. Most recently, she is the co-editor of a special issue of Frontiers: Sustainable Cities focused on transformative urban climate adaptation and is the principal investigator on a School of Cities Urban Challenge Grant.

Professor Danière received an AB from Dartmouth College, and an MMP and PhD from Harvard University.